Allah does not forbid you be deal justly and kindly with those who fought not against you on account of religion and did not drive you out of your homes. Verily, Allah loves those who deal with equity (Al-Mimtahina 9)

It is recorded in Sahih of Bukhari, on the authority of Sayyidah Asma bint Abu Bakr, that her mother arrived in Madinah from Makkah in the state of disbelief. According to a narration in Musand of Ahmad, this incident occurred when peace treaty of Hudaibiyah with the Makkan Quraish had been concluded and was in force. Her Mother’s name was Qutailah. She brought gifts for her daughter Sayyidah Asma, but she refused to accept them. She did not even allow her to enter her house unless she sought the permission of the Holy Prophet SAW. Sayyidah Asma asked the Holy Prophet SAW how to treat her mother who came her while still disbeliever. The Holy Prophet SAW advised her to treat her kindly, politely and courteously. On that occasion, the following verse was revealed (Allah does not forbid you from doing good and justice to those who did not fight you because of faith….)

Some reports indicate that Sayyidah Asma’s mother Qutailah was divorced by Sayyidna Abu Bakr in the Days of Ignorance. Sayyidah Asma’s sister, Sayyidah Aishah was born of the second wife of Abu Bakr, namely Umm Ruman, who had embraced Islam.

The verse directs that justice and good behavior should be maintained with those unbelievers who did not fight the Muslims. As for justice, it is obligatory to maintain with every non-Muslim, whether he is a citizen of an Islamic State, or the Muslims have peace agreement with him, or a citizen of an un-Islamic State, even though he is at war with Muslims. Rather, Islam enjoins upon Muslims to do justice even to animals. We are not allowed to lay a burden on them more than they can bear. We need to take care of their fodder and comfort. The focus of the verse, therefore, is upon the direction that they should by treated, not only with justice, but also in good and courteous manner.
Maarif ul Quran by Mufti Muhammad Shafi RA)
at July 30, 2010 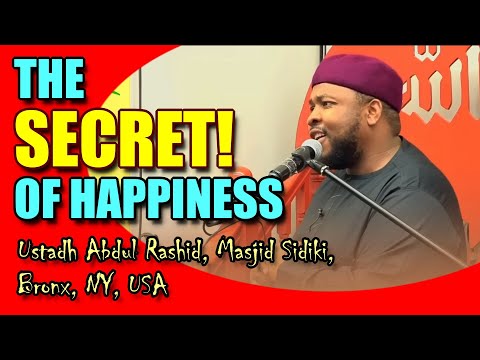